Oregon – Internet Friends & A Hole In The Ground

Maybe you’re reading this, awake before the sun, feeling a bit of hatred for your alarm clock.  Or during the hour(s) of the morning where you pretend to work, but actually catch up on social media and news.  Or on the elevator, riding as if the other humans don’t exist…”not before coffee…I can’t even.”  Or maybe you’re reading this while on the commode (wash your hands!).  Either way, you’re learning about the random minutia of our lives, while somewhere entirely different.  And still you know and will know things about us without ever sharing in the moments, conversations and experiences that create these digital stories.

We too have “watched” the lives of people we once knew, or never knew, through social media.  “Long time no see!…How are you?…What’s new?” is almost a formality rather than question because in reality, we know…we’ve seen your children, your new house, your new workout routine and possibly what you had for dinner.  The age of the internet and social media has changed everything.

For the year leading up to our trip, our internet “stalking” game was strong!  We read blog after blog, gleaning mods, gear, stories and other information…checking to see whether we would really be kidnapped and murdered in Mexico 😉  We also reached out to some of these travelers, making “internet friends” along the way.

During our research we also learned that the traveling/overlanding/exploring community is huge (bigger than we thought), and has notable names in each niche.  A friend of ours recently recounted the time he “had coffee in Nacho!” (The famous vanagon from DriveNachoDrive).  It was as if he’d met a Hollywood star.  Sure would be nice if we replaced some tabloid celebrities with those who’ve earned their reputation via the pursuit of happiness, adventure, and helping others…dream.

Fast forward a bit — we’re on the road and making plans to meet up with some of the characters behind these blogs and stories.  It’s an interesting thing…to have read the highs, lows, thoughts and feelings of someone; only to meet them with no common ground, no shared experiences.  “Jenna, what should I wear?  Does this shirt make me look fat?”  I kid, but we still wondered how their written voices would translate to real life personality.  Luckily for us, those who choose to drop the typical life for the road less traveled tend to be good people…adventure seekers and mold breakers; those who think in solutions rather than problems, and are just the right kind of crazy.

For some reason Oregon houses a huge collection of travelers.  We began the sharing of beers and travel stories with the Dangerz. 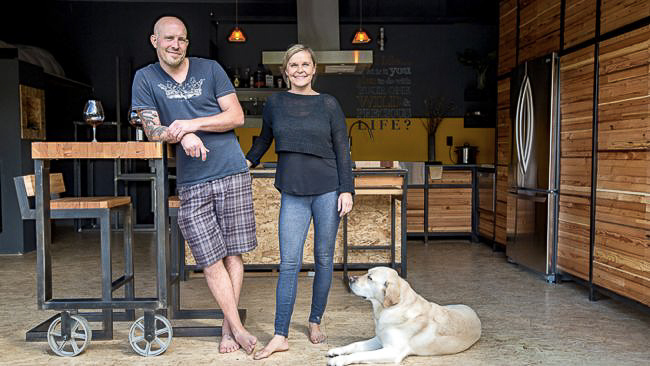 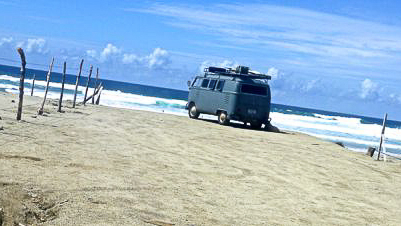 The Dangerz – We followed Bryan, Jen, and Karma (the wonderdog) as they bounced around Central America in a VW bus.  While reading their stories, we loved how they focused on the journey before the destination and built a life around their motto “leap and the net will appear.”  We reached out to Bryan and Jen on our way into Oregon, hoping to meet up and learn about their home base, Portland.  Just as written, they were down to earth, friendly, and motivated.  We shared drinks, some favorite Portland spots, travel stories and tips.  They opened up their home to us and we hope to see them again down the road.  Their parting advice – “When you’re on the road, pass a place, and wonder  ‘should we have stopped there?’  Turn around & go back!” 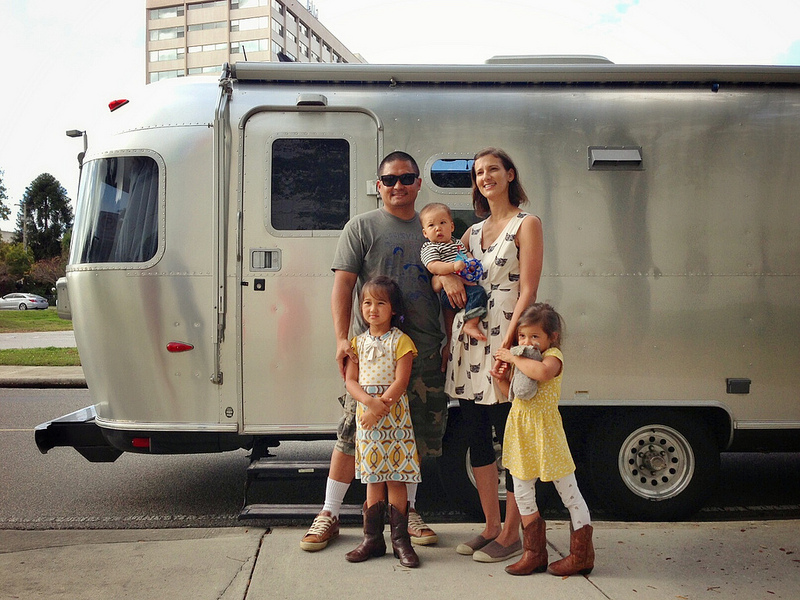 Mali Mish – Somehow this adventuresome family of five + cat found us on the web, and 24 hours later we were sharing coffee and lunch in Bend, OR.  We had plenty of questions for a group that’s been living, working & exploring in an Airstream since 2008!  It was great meeting these guys and seeing how a family can do what many feel is impossible…they make it look easy!  As luck would have it, we ended up camping over the weekend with Dan, Marlene, Ava, Mila, Luka and Yoda (cat) as two of the “different” rigs at an event called Descend on Bend (details below). 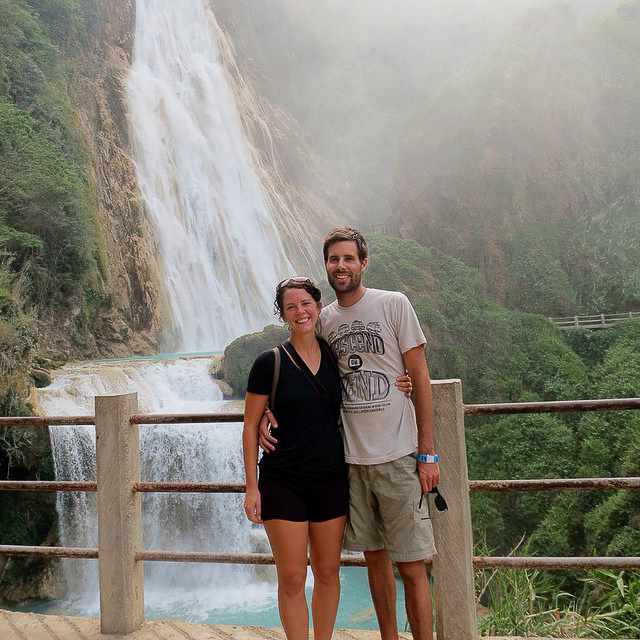 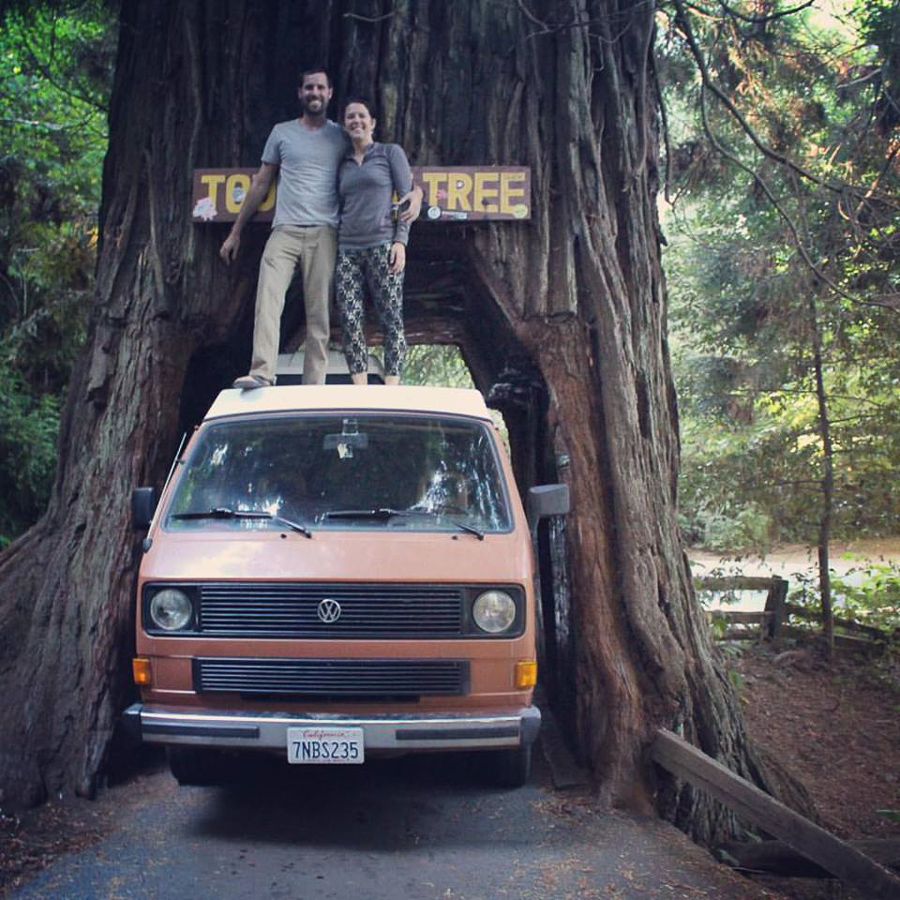 Follow the Wind – About 8 months ago, I reached out to Cameron while he and Jacqui were south of the border.  Cameron mentioned something about camping together when we caught up to them, due to their many setbacks.  I knew this to be impossible and the luck of a standard human would have them exploring South America by now.  Instead, a totaled vehicle, a new rig, breakdowns on the new rig, engine swaps, and hurdles that would have turned a lesser duo into a puddle of tears, have landed them in Oregon…for now.  Their blog now more accurately states: “Join Cameron & Jacqui as they try to drive to South America.  So far, nothing has gone to plan.”  We finally met the determined couple at Descend on Bend and wish them the best as they find their way south.  Hope to see you guys in Baja!  I still owe you beers 🙂 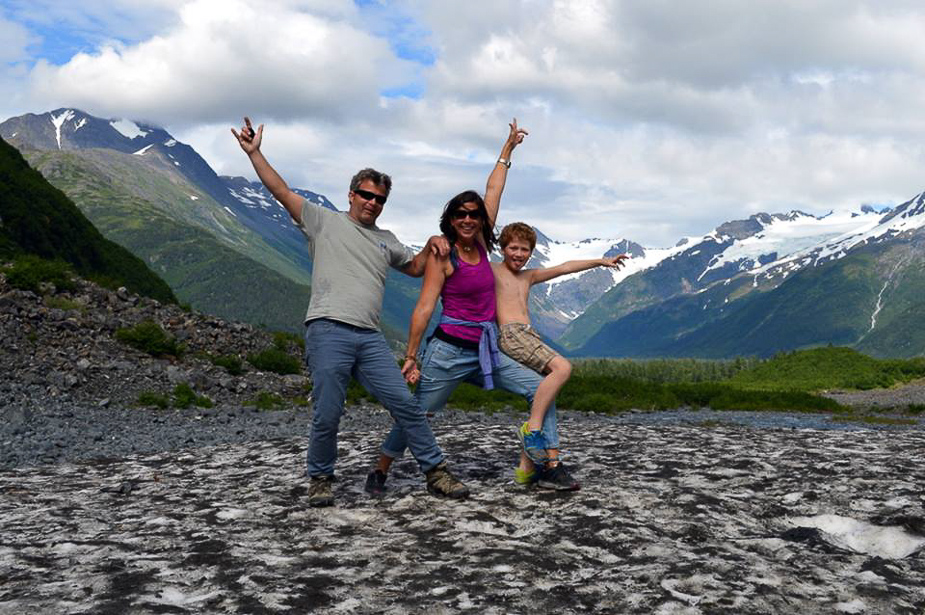 BodesWell – When we arrived at Descend on Bend I noticed an older chianti red VW Bus.  I thought “Is that Red Beard???” and immediately started looking for Bode.  Bode has visited 29 countries by the age of 10, with parents Angela and Jason, and their 1971 Bus, Red Beard.  Another example of a family breaking the mold and chasing dreams, it was a pleasure to finally meet these guys.  We said our goodbyes hoping to run into them again, and did just that on a California highway three days later. 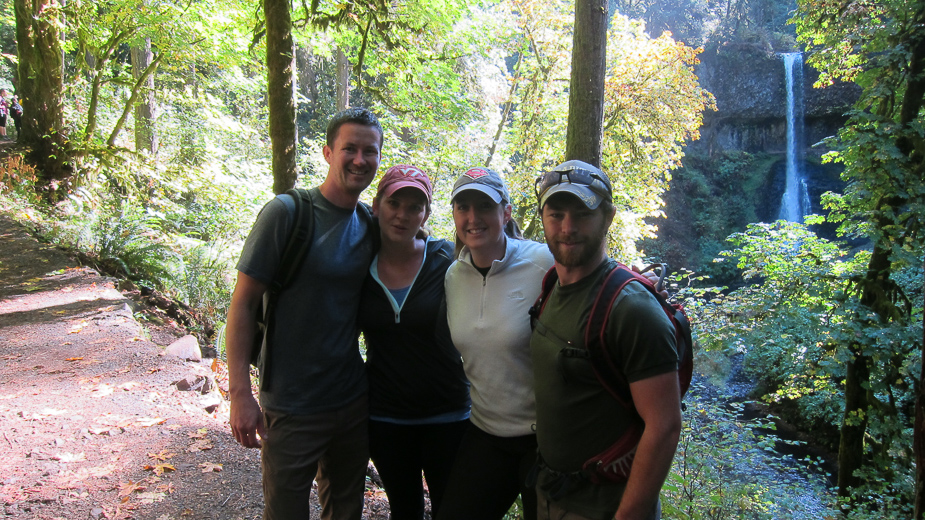 KP & Taylor – While on the road, we received a random message about our blog and an invite to head to Silverton, OR.  The couple was planning their own Pan Am trip and wanted to chat about our camper and preparations.  The message also mentioned elk burgers for dinner and staying at their home.  I was in for the elk burgers and Jenna was in for a shower where she didn’t have to stand under a tree or wear flip-flops.   Truthfully, we love meeting travelers so off we went.  Turns out the elk burgers and showers were the low-lights of our stay.  The elk burgers we’re incredible and the showers hot…the company was just that much better.  We’re definitely bummed that these guys aren’t heading south this year but are sure we’ll see them again.  You can catch them as they prepare to be Running From Monday.

While in Oregon we turned a lot of internet acquaintances into friends.  However, we planned on visiting the area well before becoming a stalker or stalkee.   Previously, in a moment I wasn’t proud of, I clicked on a Facebook survey called “What city you should live in.”  At the end of a deep, soul searching list of questions, I was anointed a future Portlander.  There are plenty of articles and travel blogs, from far better writers than I, to tell you about Portland.  Some people love it; others hate it.  My take is…Personality? Check.  Good beer? Check.  Good food? Check+  Happy people? Yep.  Works for me 🙂 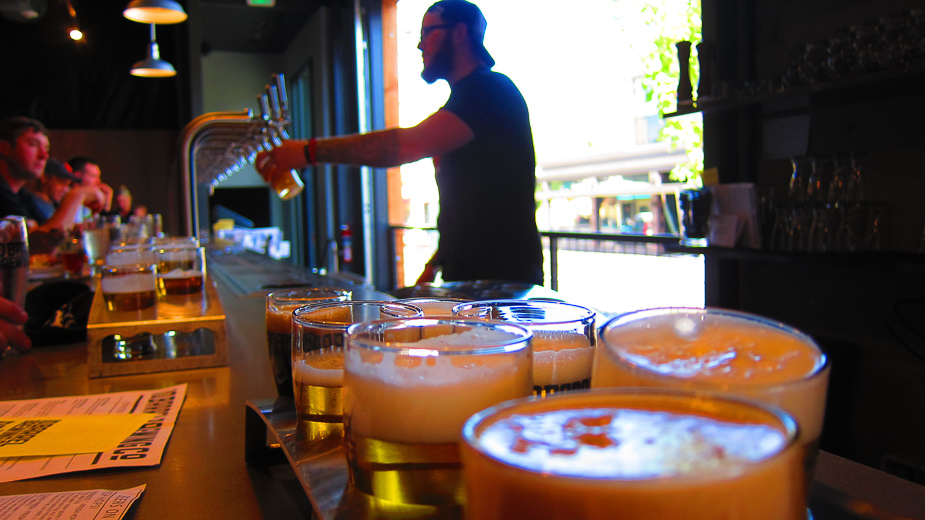 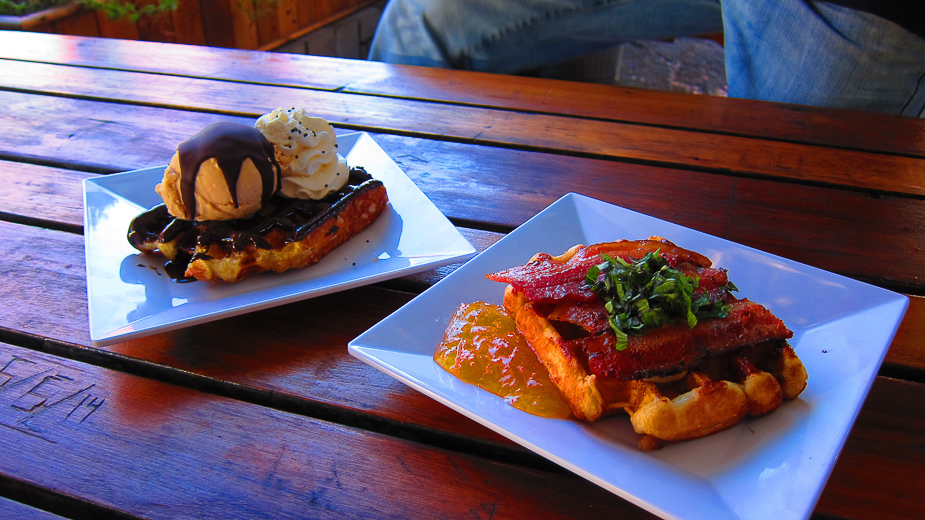 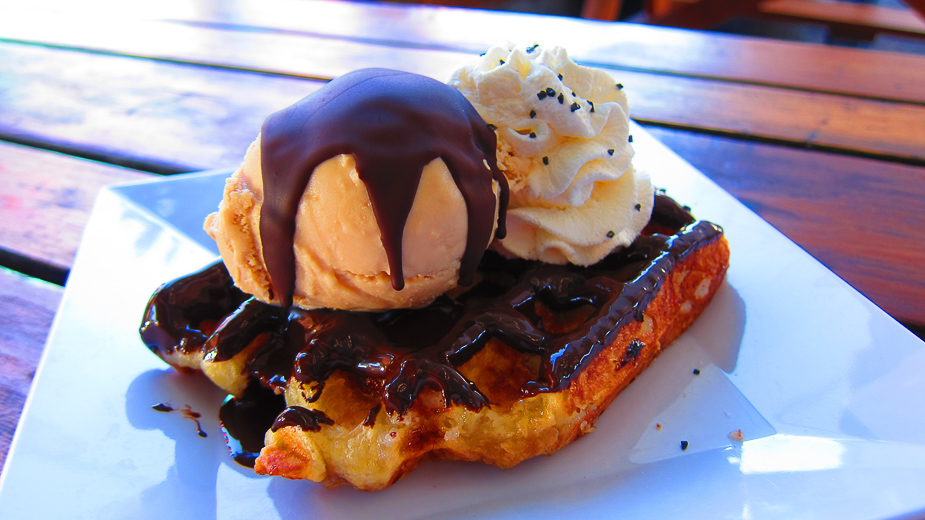 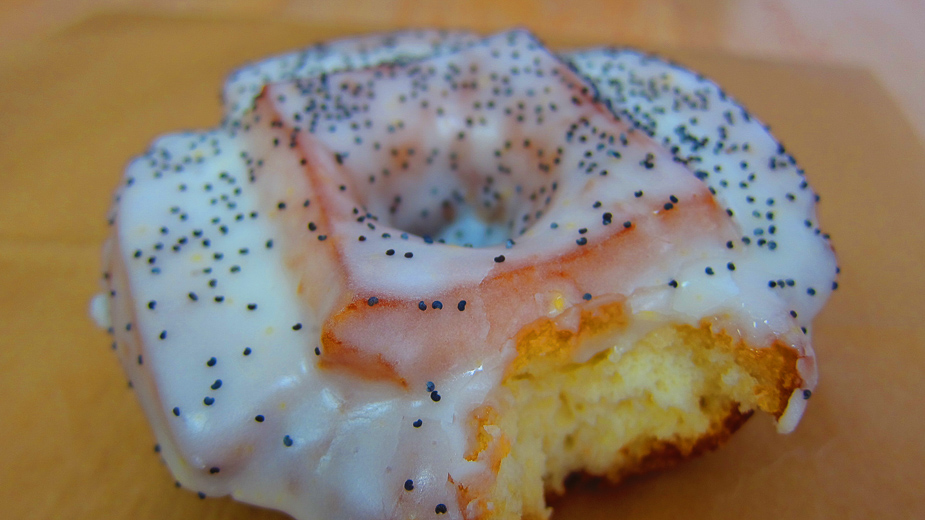 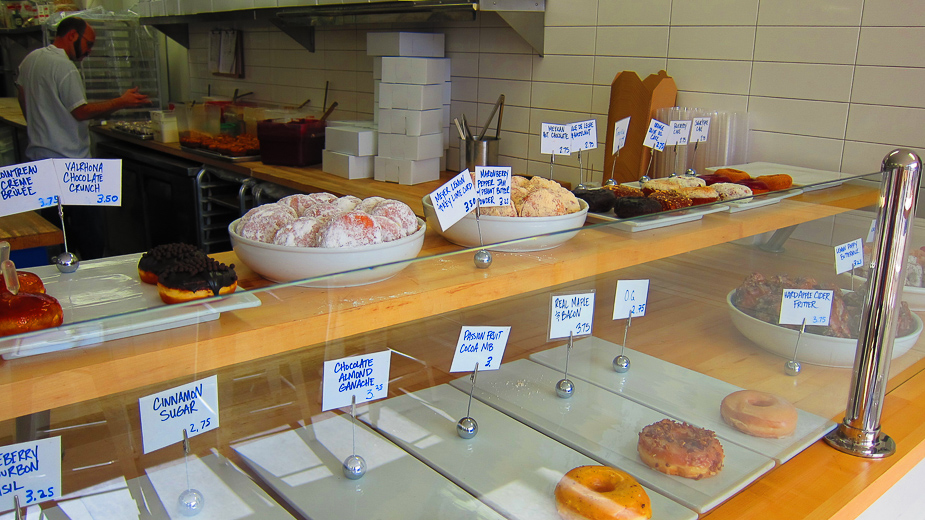 After gaining 10 lbs in Portland, we headed into Bend, OR.  Tracy, Will and their adorable daughter Brooklyn reached out to us through social media when they noticed we were on the West coast.  They opened up their beautiful home to us and couldn’t have been better hosts!  We left well fed, rested, clean and our beer bellies just a little bit bigger.

Next, we headed to “Descend on Bend;”  An event we learned about through the aforementioned Cameron and Jacqui.  Without much information, we gathered that we would be attending a second-year get together of VW vanagons & busses, in the middle of nowhere.  Cameron assured me they would allow our lonely truck+camper to join, but we still wondered if we’d be viewed as crashing the party.  Hole In The Ground, Oregon is just that; a large volcanic crater in the ground. 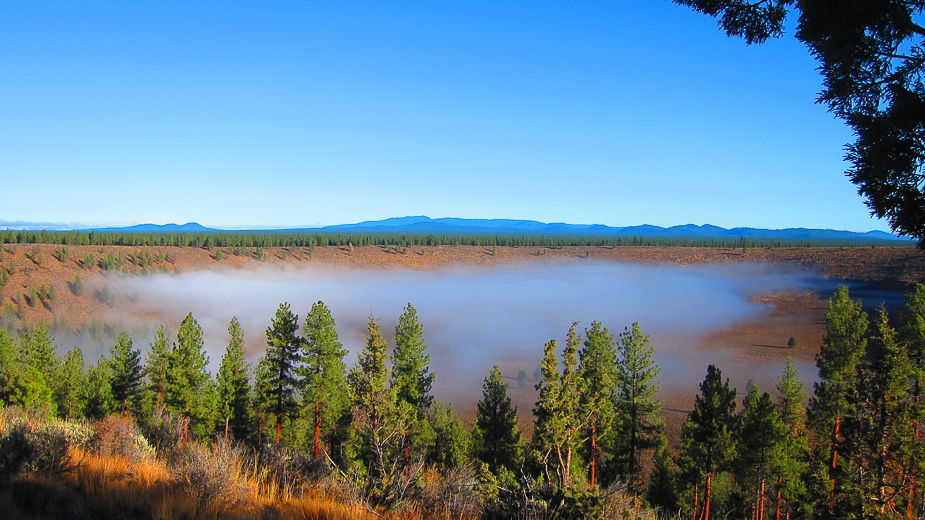 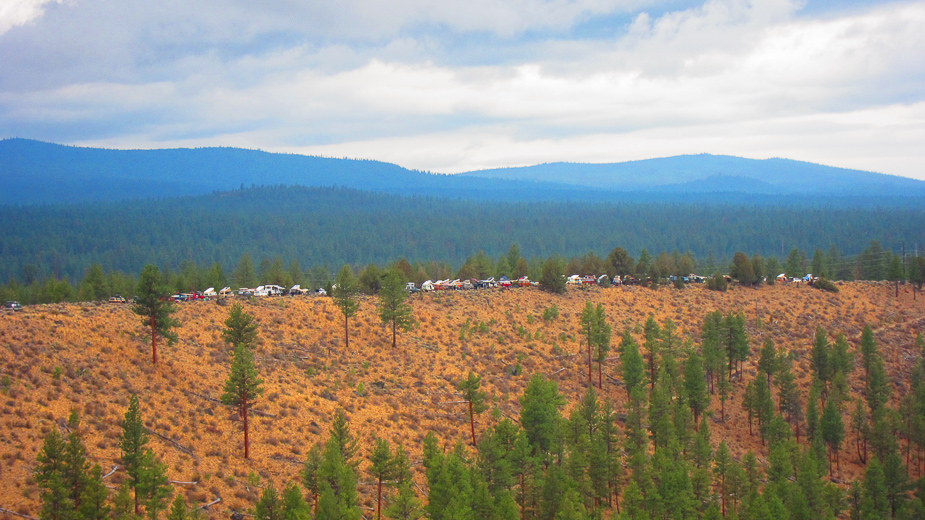 We approached the crater rim to see a row of VW’s lining the opposite edge.  Single file, and stuck/committed for the weekend, we took our place in the crater queue…our truck camper creating the first “blemish” in the otherwise homogeneous picture.  Within the hour, we realized what we were in for….a weekend of awesome.  If the event was members-only, the admission was a smile and an appreciation for camping, the outdoors, travel, and meeting new people.  We didn’t end up as the only non-VW rig and it wouldn’t have mattered.  Was there a lot of vanagon drooling and bus oogling? Of course, these things are sweet! 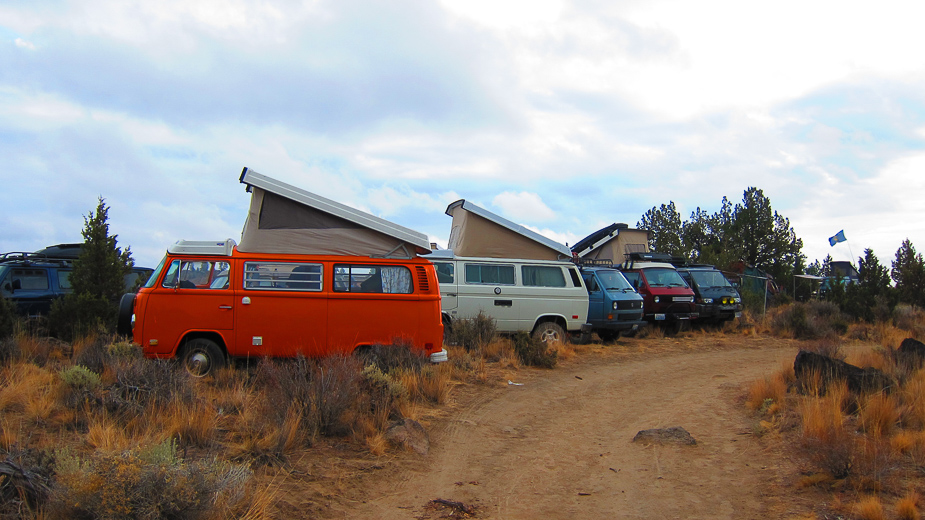 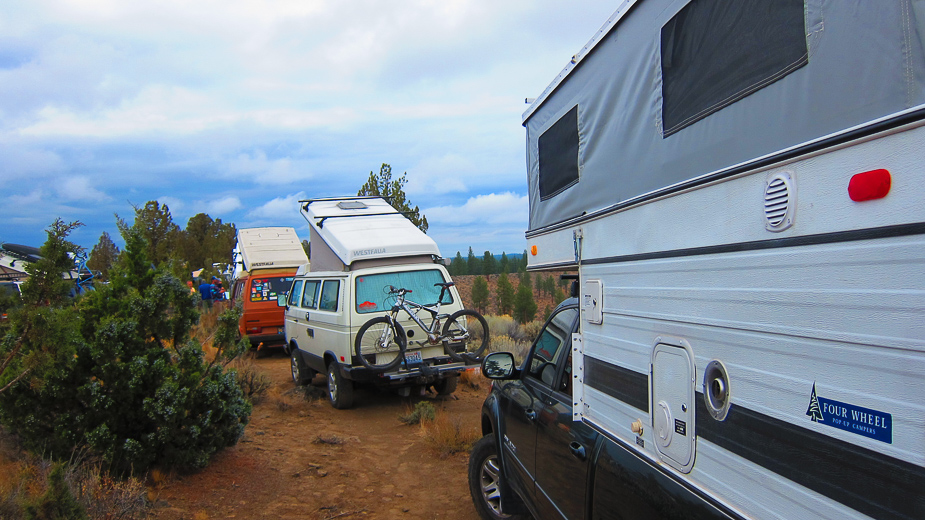 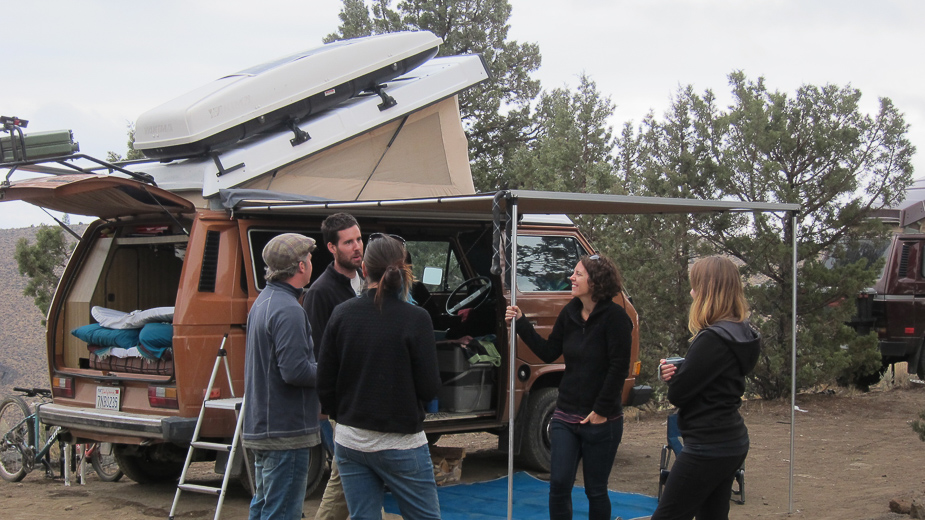 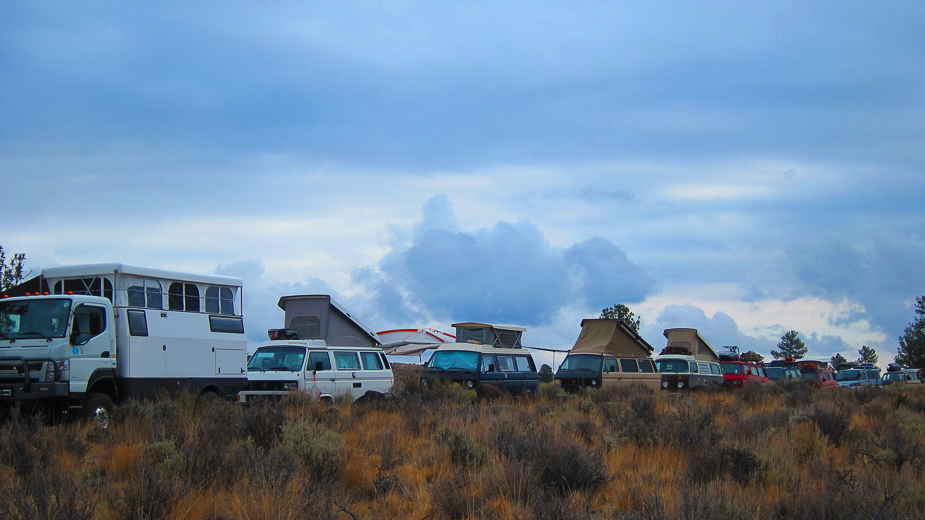 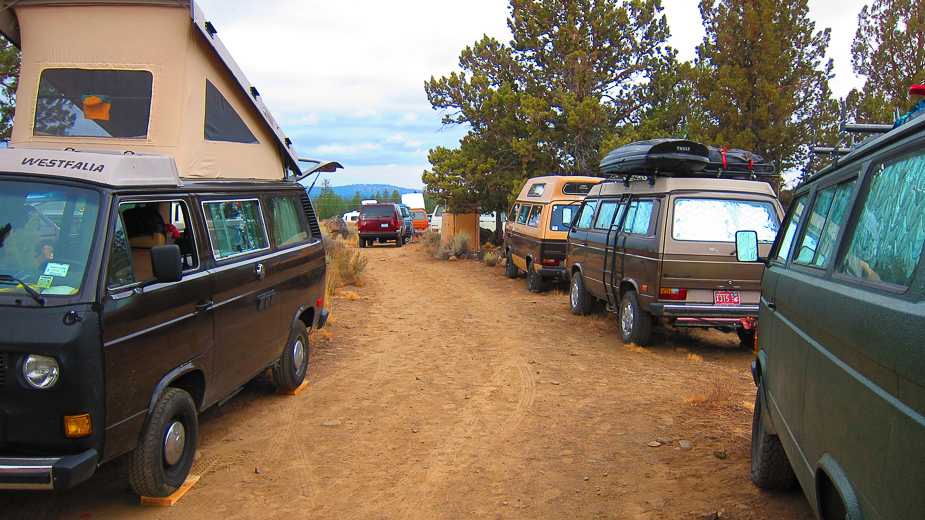 All in all it was a weekend of 2 to 3 hundred people, sharing stories, laughs, road life and rig tips; gangs of children and dogs running wild, impromptu campfire jam sessions, and the first beatbox + ukulele freestyle I’ve ever heard (and it worked!).  Another addition to our good people good times file.  Muchas gracias to PoseidonsBeard for setting up this “memories before stuff” event!

And finally, if you really did just wake up, call out of work!  If you’re already at work, go home “sick!”  And if you were reading this on the commode, you’re legs are probably numb; careful when standing up. 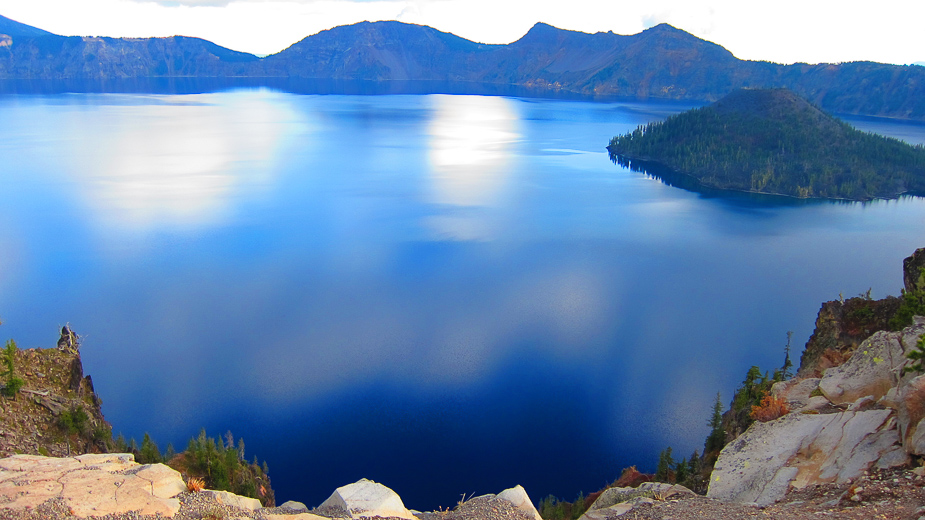