In order to save up for this trip Jenna and I had to make some serious sacrifices.  For example, I had to cut back to two rounds per week at Congressional Country Club and switch from drinking Pappy Van Winkle to Jefferson’s Presidential 25…swill!  Jenna cut back on her caviar habit and decided that only one new designer purse per month would be sufficient.  These were difficult decisions but were quite necessary : P

Back to reality…I don’t golf and while a glass of Pappy would be nice, I’ll drink pretty much anything after I’ve had a shot of tequila or two.  “Rail” and “Well” are common adjectives in our drink orders.  Jenna loves her some good wine and Belgian beers, as do I, but we tend to stick to the “under $8” section of the Trader Joe’s wine aisle.  As for purses, Jenna has been rockin’ a $30 leather one she bought at a market in Italy 5 years ago…high maintenance I tell ya.  We’re simple people, so we kept things simple when saving for the trip.  That means, spending less, saving more, selling stuff and getting creative…

Spending Less & Saving More: Once we committed to the trip, our perspectives changed.  After paying off all debt, we put together a good ol’ budget and made ourselves accountable to hitting monthly goals.  We stopped buying the “stuff” that had slowly filled our lives, and only purchased items needed for the trip.  This was very apparent on Black Friday.  As others were shopping for big screen TVs, we were hunting for deals on Personal Locator Beacons and travel underwear.  We also ate out less and invited friends over to grill rather than going to the bars. 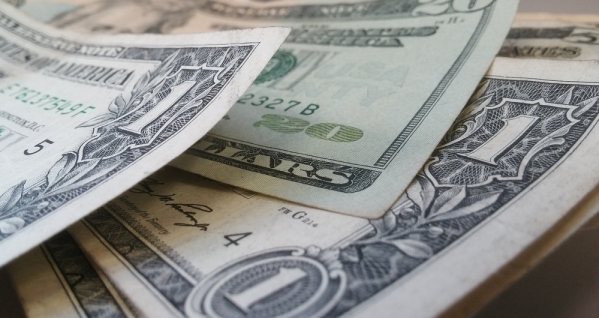 Selling Stuff: Living in a 737 sq ft apartment precludes you from having a ton of stuff, but moving into a home the size of a truck bed meant having even less.  If we didn’t need it, it had to go.  Anything that our friends didn’t claim was listed on Craigslist (sometimes I felt they were counting down the days until they could take our recliner…you know who you are!) Important items and keepsakes were left in a free storage unit, a.k.a. Jenna’s parents’ basement.  Thank you!  We’ll bring you back some maracas for payment.  We also sold both of our cars.  No need for those when your house has wheels!