Not 10 minutes after stepping off the plane in Colombia we were offered coke.  Not the sugary stuff that’ll rot your gut and clean your battery terminals.  I mean the snowy substance that gave rise to some the world’s best entertainment.  We’re talkin’ Blow, Narcos & Chapelles’ Tyrone Bigguns!… It’s also ruined thousands of lives, but I’m not here to piss in your Wheaties.  This is a Christmas story after all!

After the gentleman greeted us, casually asked if we ‘like to party’ and then assisted us with our bags we were off to our hostel in the once sketchy, now trendy, Getsemani neighborhood of Cartagena. 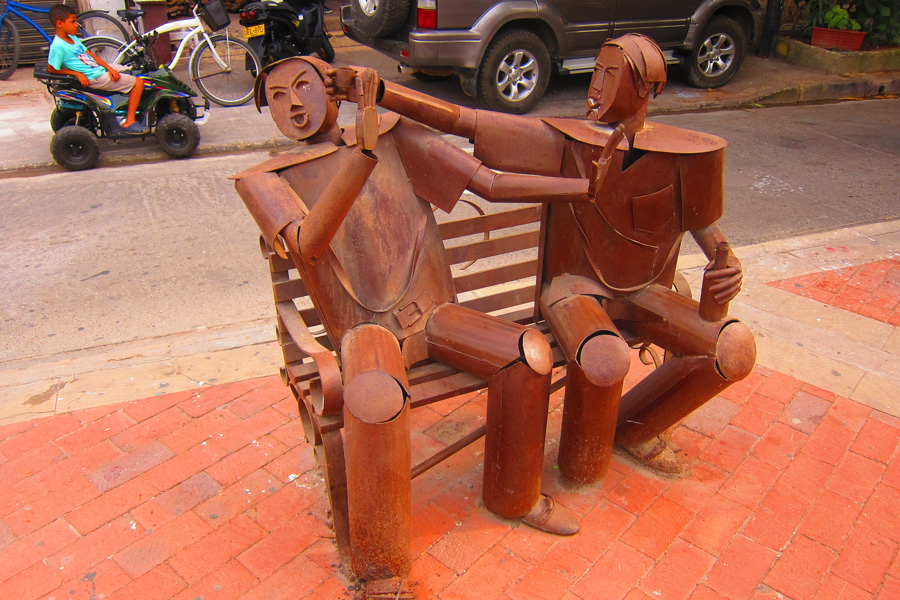 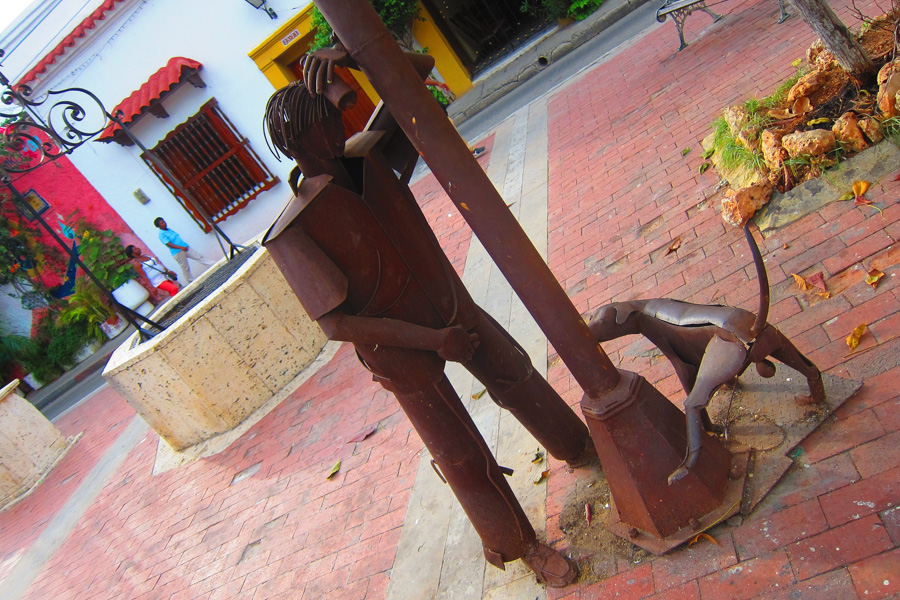 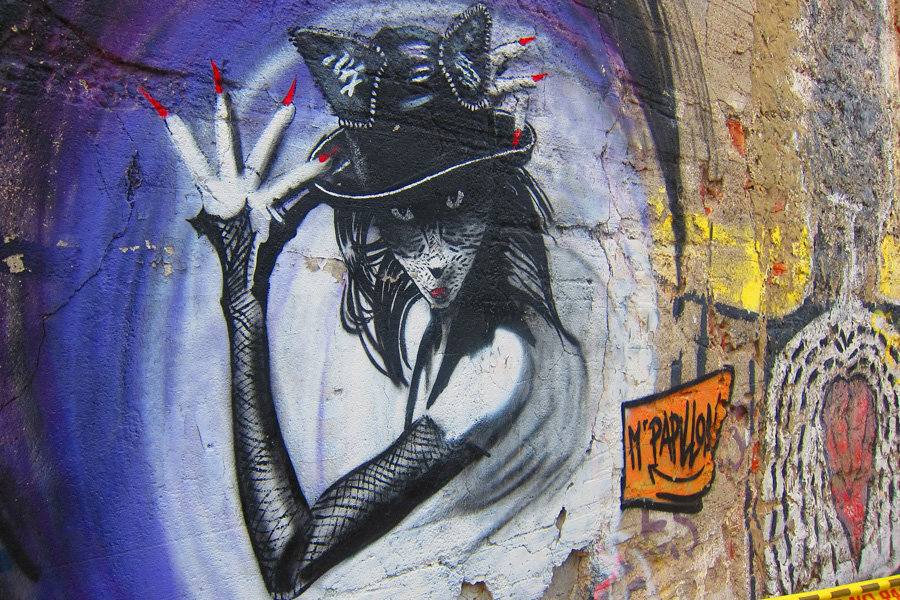 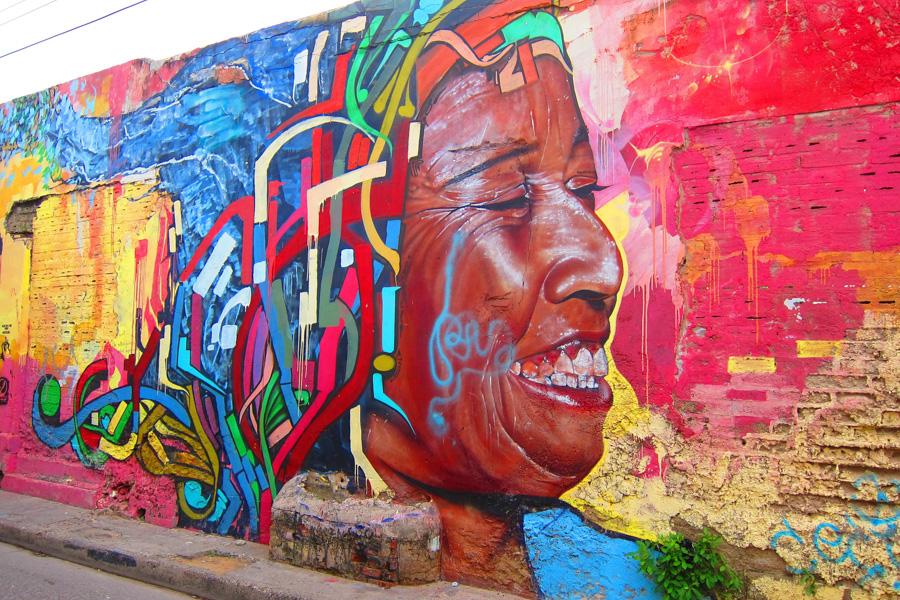 On our drive into town I could tell we were going to have a good time.  There were Christmas decorations everywhere!  You see, I’m the guy who jams festive music, insists on getting a real tree and throws a Christmas party every year.  I drool over those cheap cookies that come in a can and can’t get enough of the movie “A Christmas Story.”  Nostalgia is a beautiful thing kids! 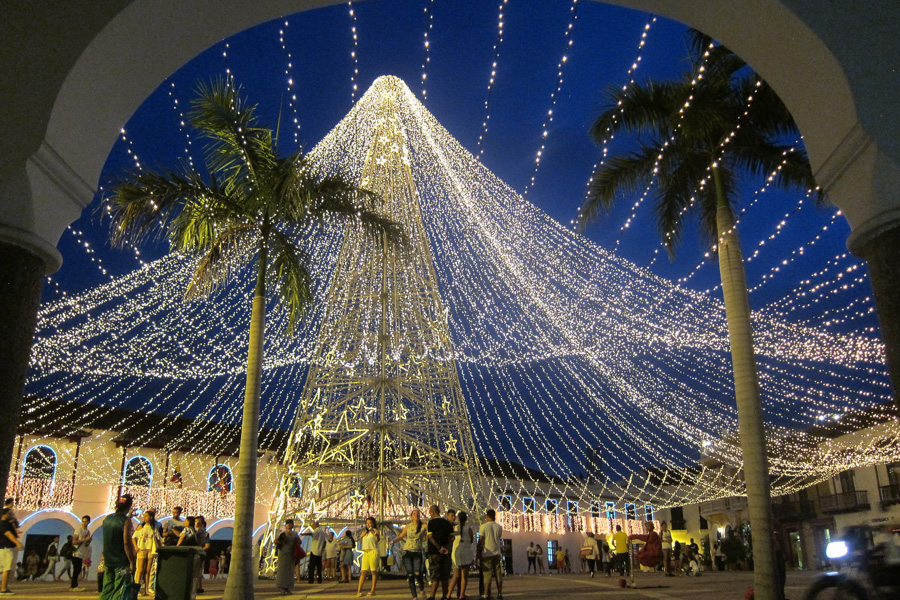 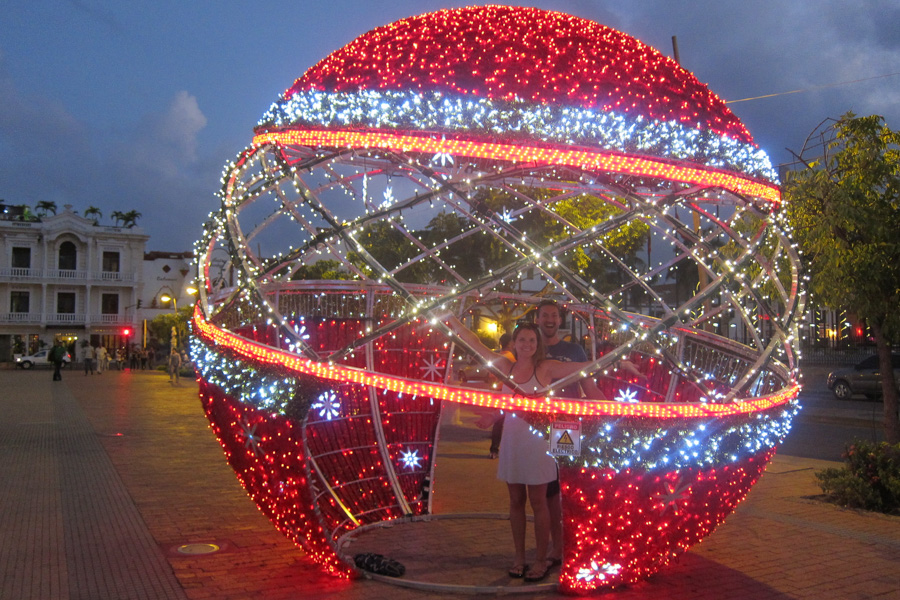 It’s the most wonderful time of the year…

But I digress.  We had flown home the year before so this would be our first Christmas on the road.  What better place than Cartagena!  A historic walled city of colorful buildings, vibrant people and dynamite street food; the likes of which we hadn’t seen since Meh-hee-co.  This was going to be fun! 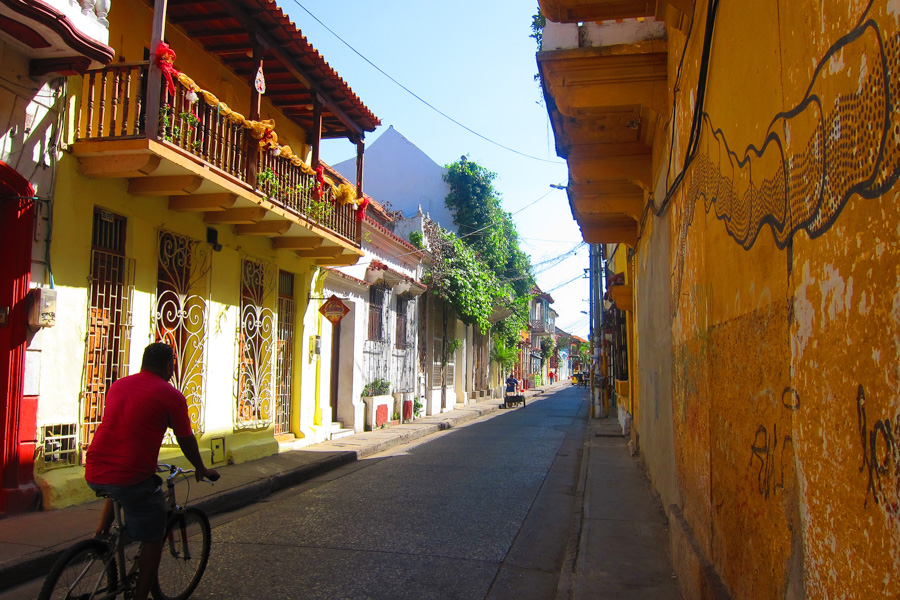 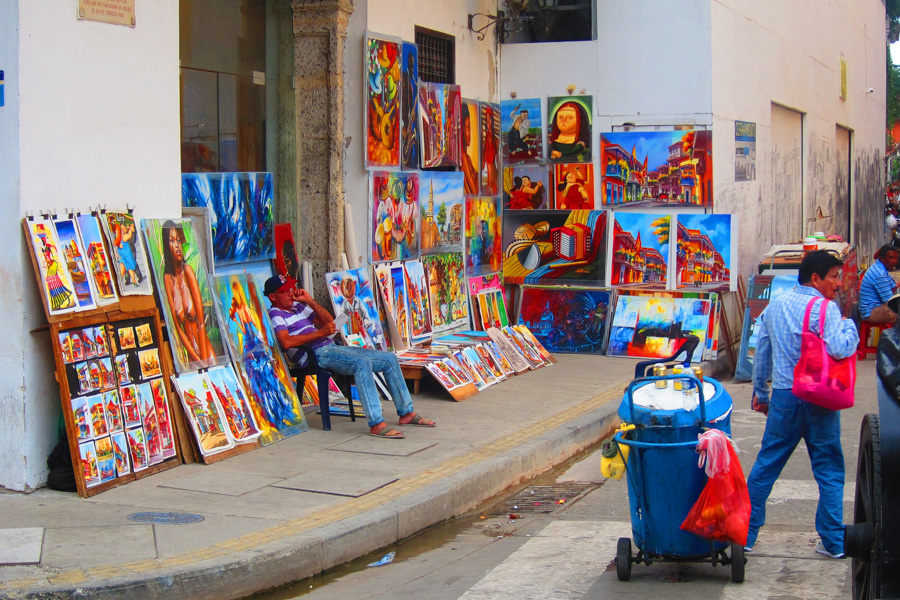 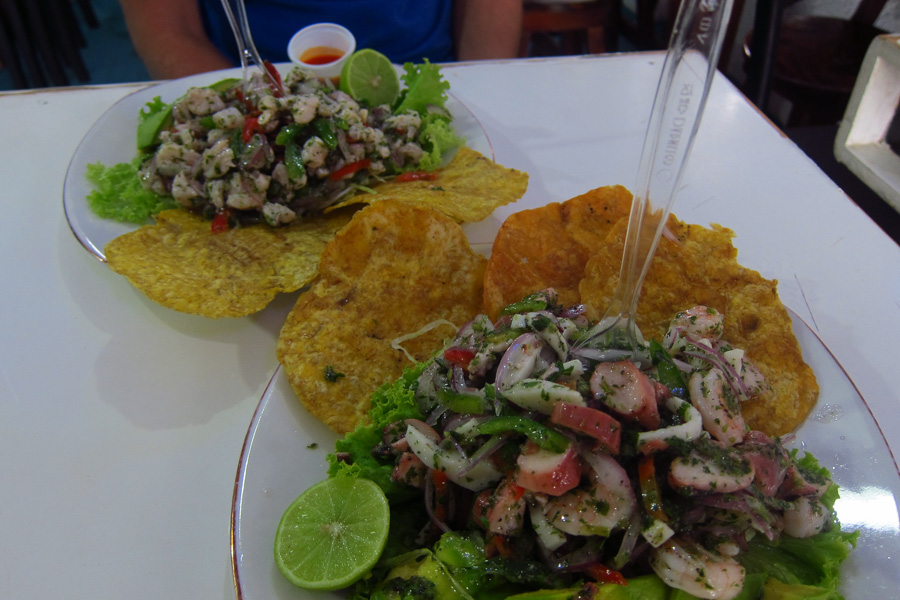 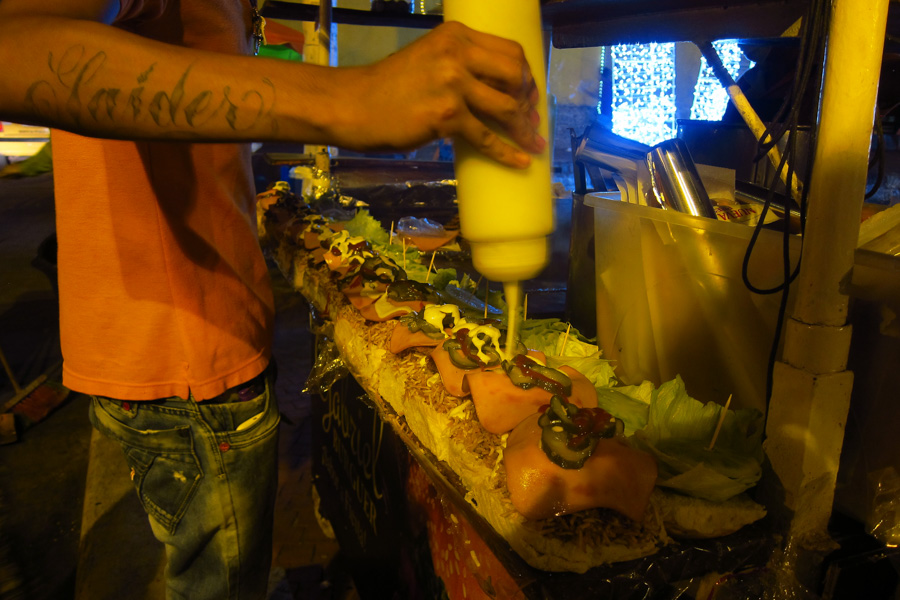 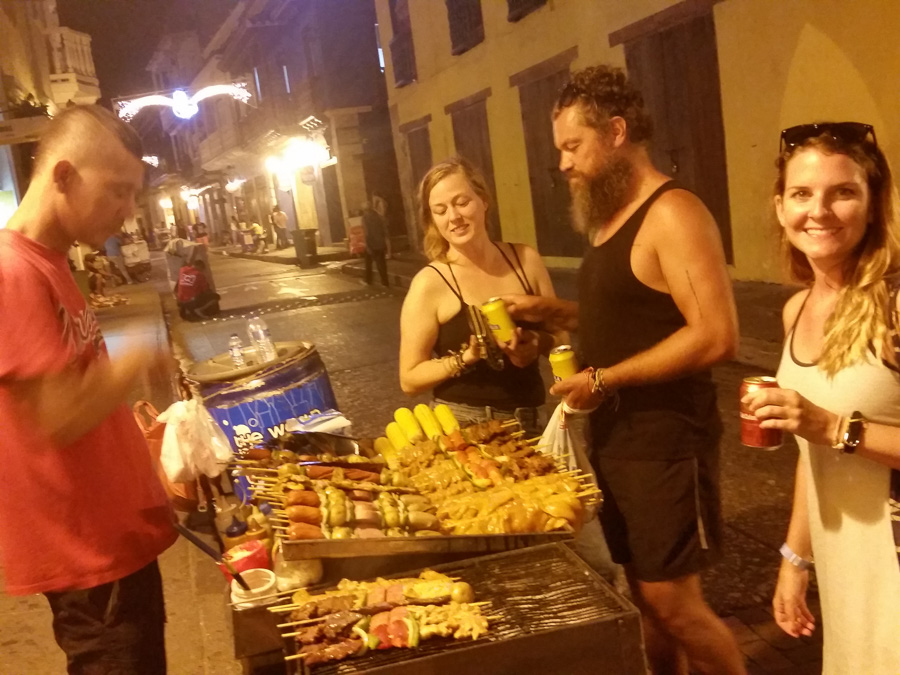 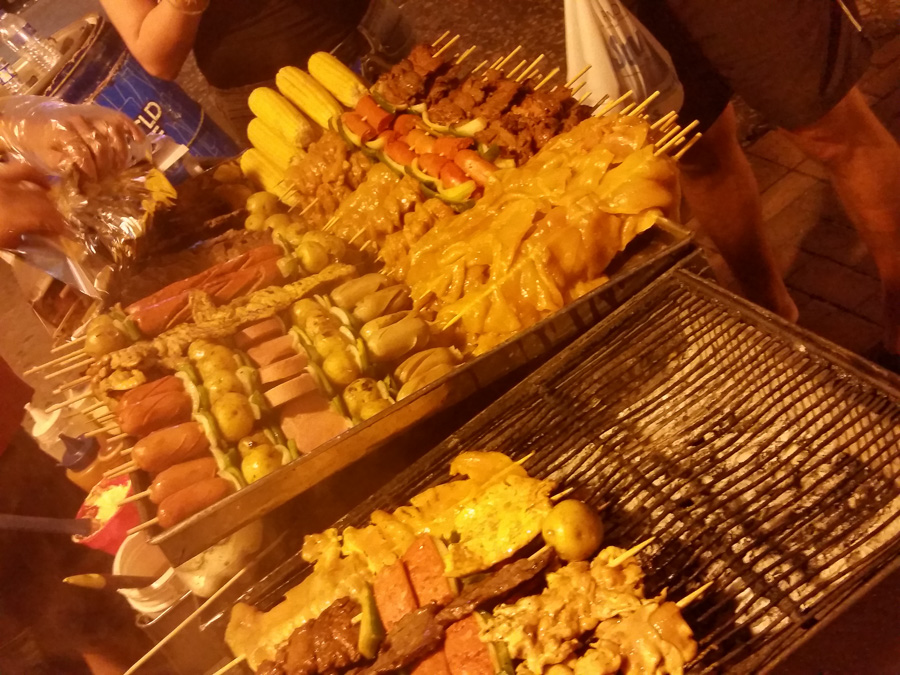 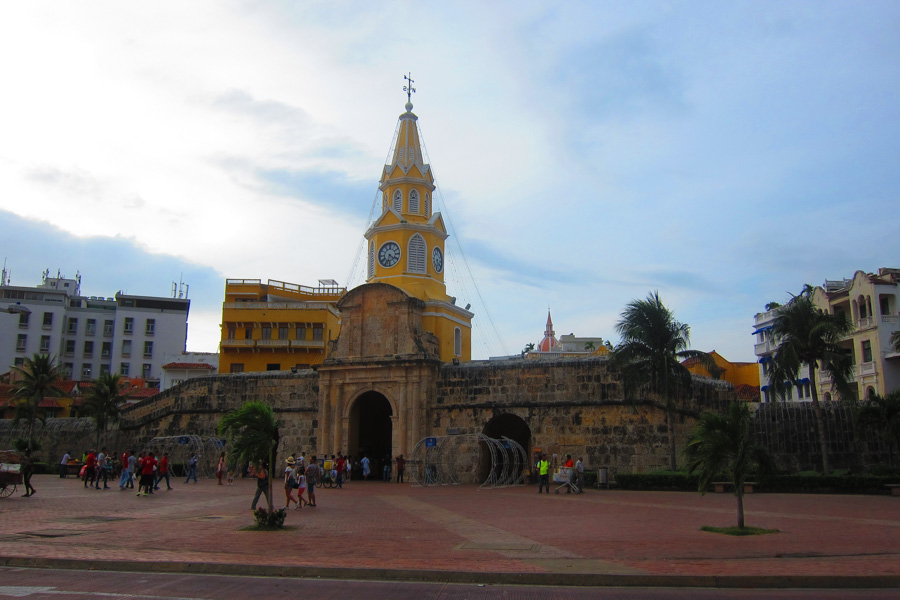 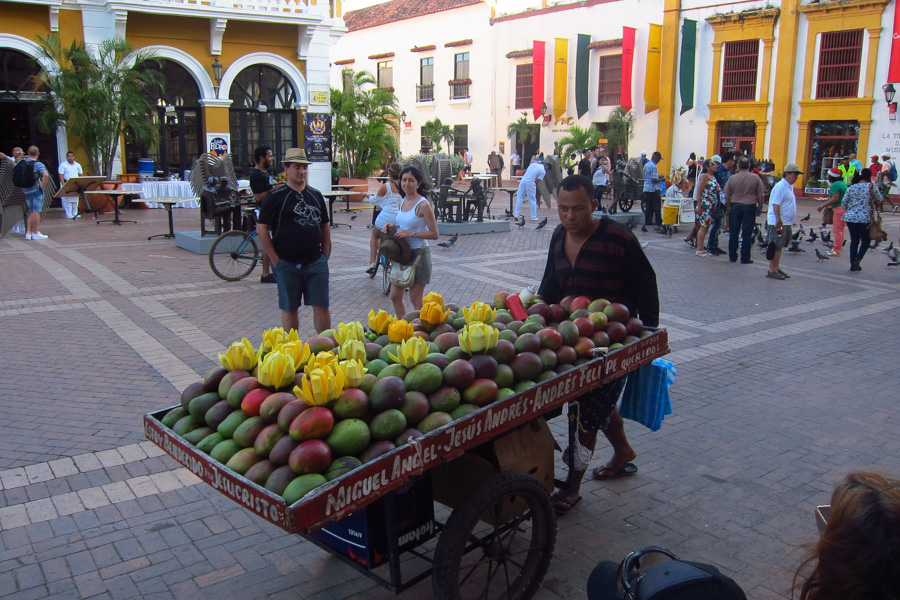 But first!  We had this whole unloading, inspecting, wallet-emptying, paperwork thing we had to do to get Tortuga released from her shipping container.  I won’t bore you with the details but it was basically two days of of repeating things like “this is stupid,” “can’t you just make a copy in the machine behind your desk?” and “why do I have to pay at the bank across town when you have two banks INSIDE your damn building!”

With Tortuga no longer held hostage we said goodbye to our new friends/shipping partners and prepped ourselves for some Christmas cheer. 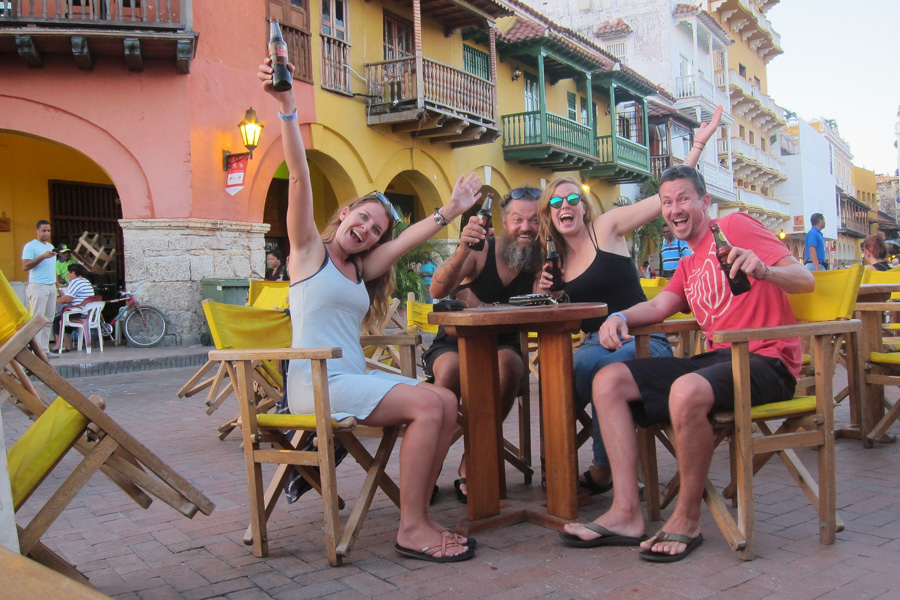 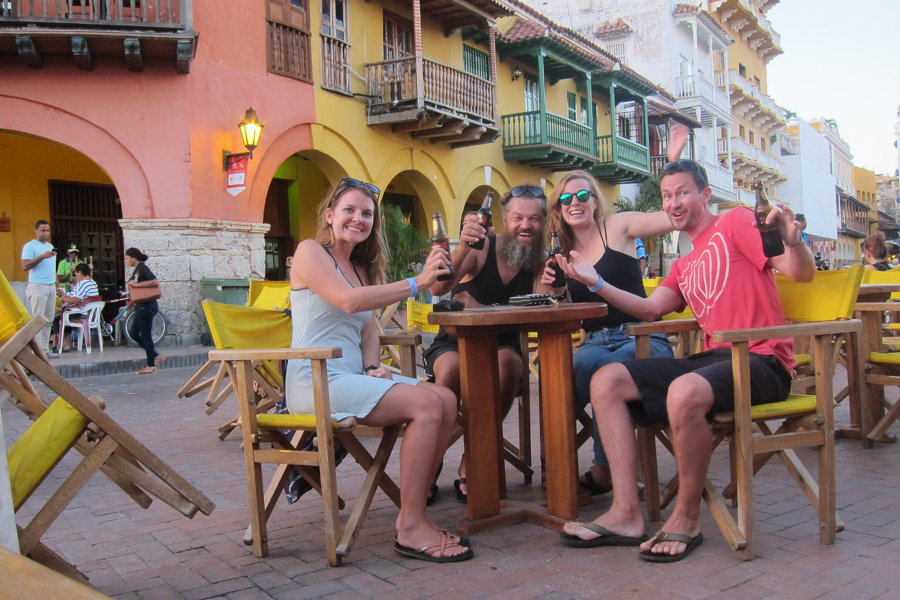 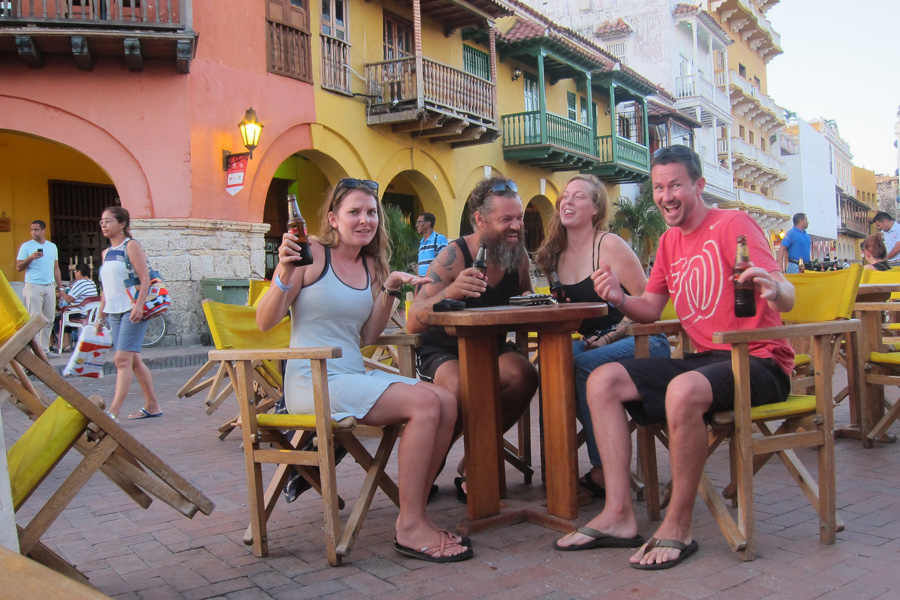 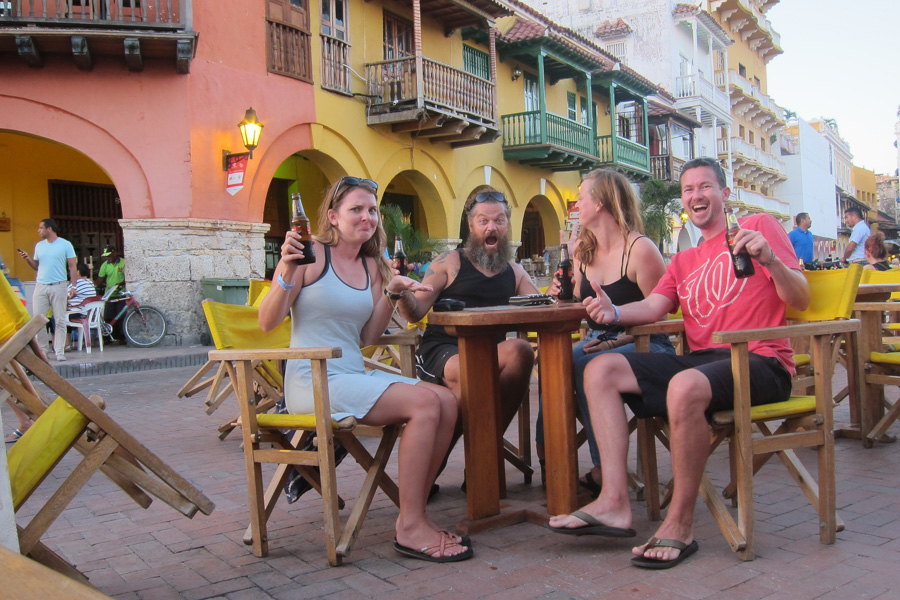 We were unable to locate the pipers-piping, swans-a-swimming, or the partridge in a pear tree, so we settled for some cheesy-arepas-melting, festive-dancers-dancing and drinking in a church courtyard…gotta love Colombia! 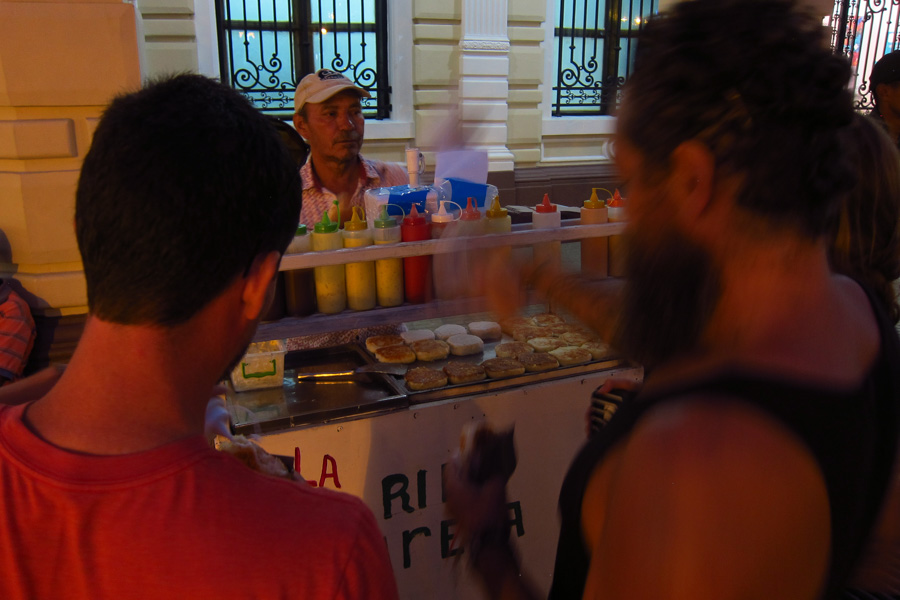 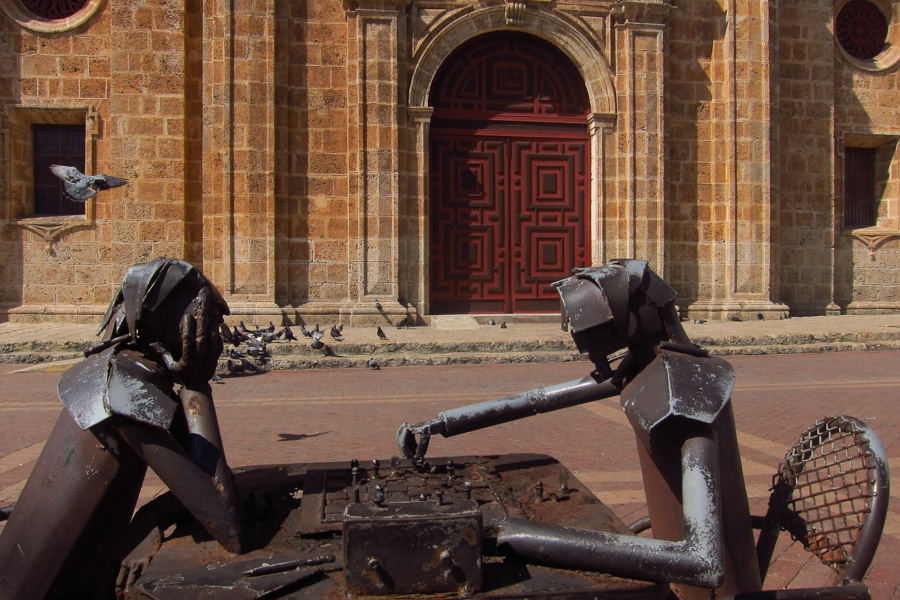 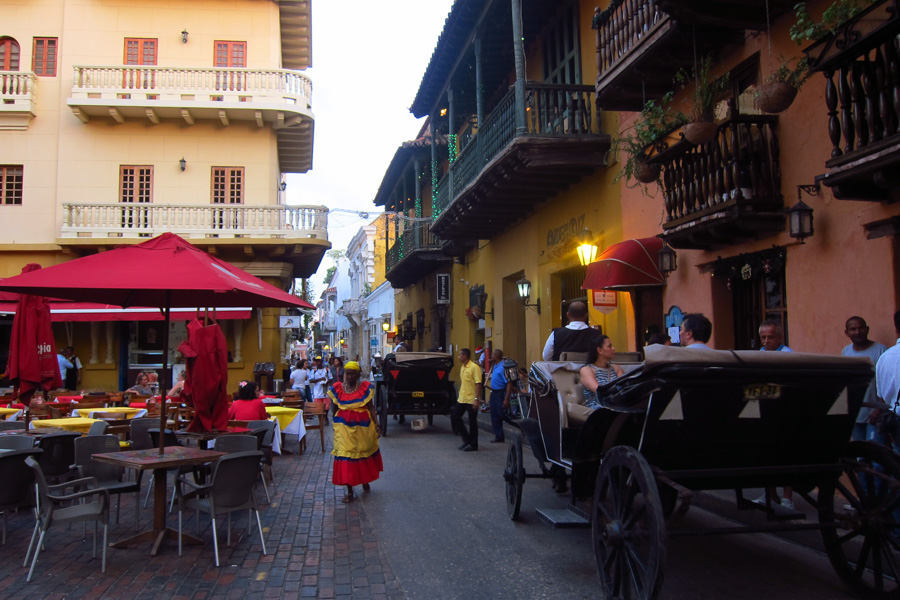 While in town we also made fast friends with the staff and guests of our hostel; and our little group of misfits away from home decided to combine efforts on a Christmas feast. 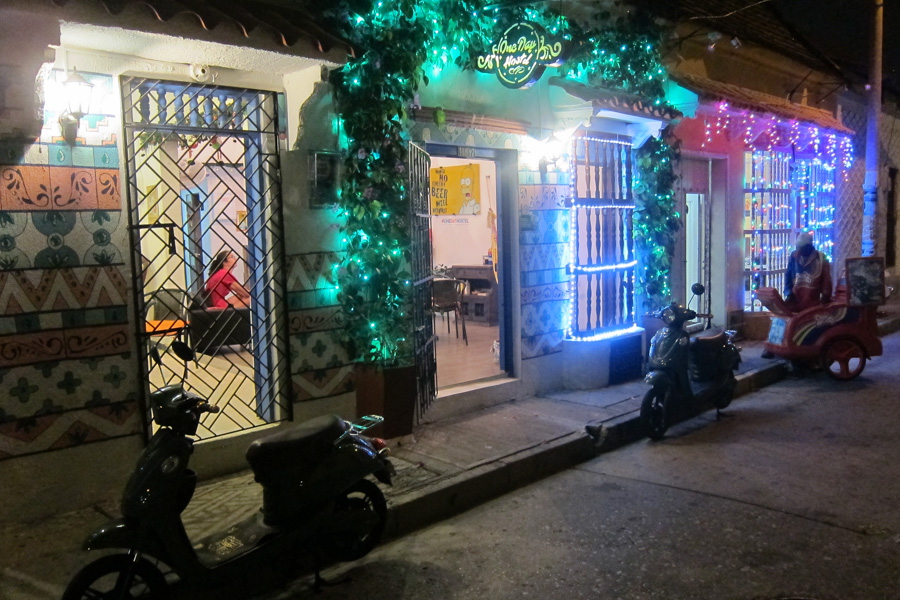 ‘Twas The Night Before Christmas Dinner

As the guest list grew, so did the menu, and Jenna had the bright idea of volunteering me to cook ribs.  I think she even used the term “grill master Josh.”  Thanks love!…no pressure right??  One little problem –  We had no idea where to get ribs. Second, much bigger, problem – The hostel didn’t have a grill!”

It’s eventually decided that Jenna and some of the others will cab across town to the local’s market to suss out the meat situation.  In the meantime I devise a plan to boil the ribs for tenderizing and then finish them with sauce in the easy-bake sized oven, for almost 20 people…somehow. 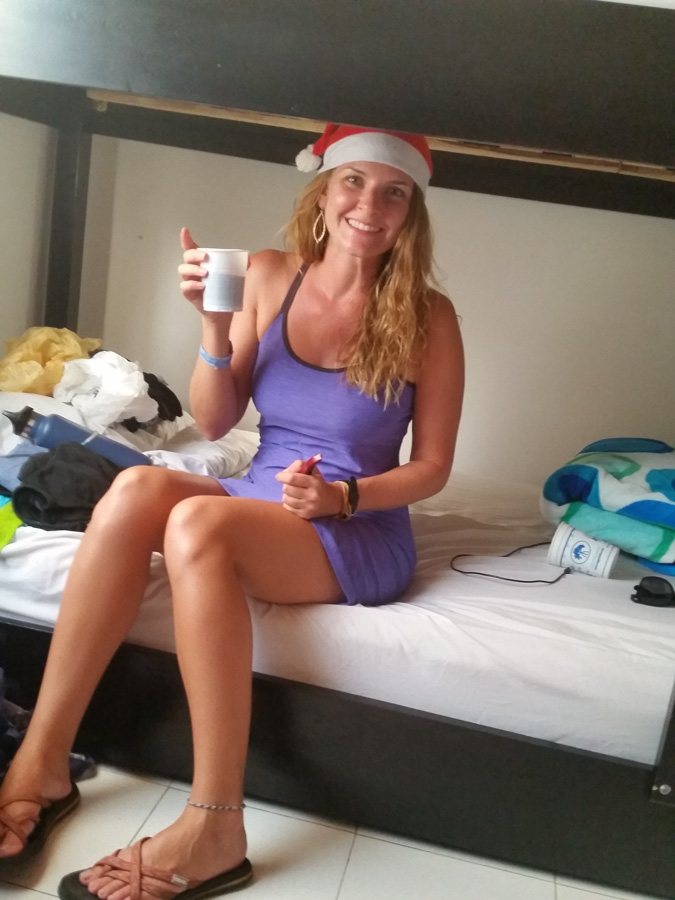 The squad returns unscathed from the less than pristine market and hands me a trash bag.  Inside are what appears to be the remains of a scoliosis-ridden cow. Spine, ribs, unidentifiable flappy things and all.  To make matters worse the mystery meat had also turned a little funkalicious. In my search for a way out, I ask others to smell the goods hoping they’ll want to ditch the meat and my accompanying responsibility. Each recoils from the bag with an obvious flare of the nostrils, but they remain steadfast…with my head on the chopping block. 🙁

“Everyone’s expecting ribs grill master!” Screw you guys! I’m supposed to be stuffing my face with cookies and beer, not slaving in a tiny hostel kitchen to prepare a meat version of epicac! 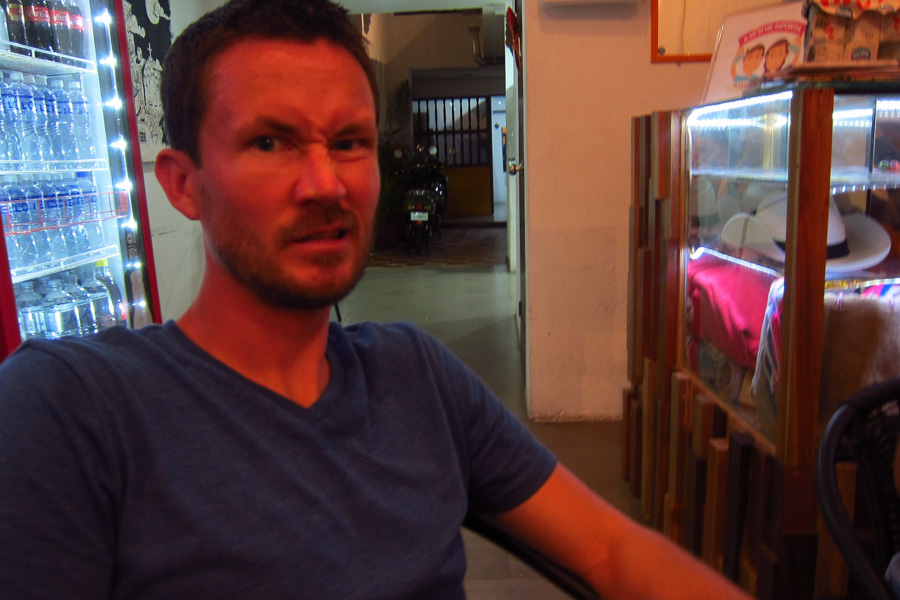 Not happy about being chef-boyar-Josh

Hello Google – Should My Meat Smell?

A google search does nothing to alleviate my concerns but I push on and mush the various hunks of mystery meat into the pot. Thoroughly boiled into a lovely grey hue, I slather loads of my spicy BBQ sauce onto the parts hoping to mask the aesthetic disaster we’re passing off as ribs.

“At least your plate of food poisoning will taste good!”

For our final trick we play culinary Tetris and manage to fit two full trays of ribs into the one rack Play-School oven.  All that’s left to do now is drink and hope for the best.

During dinner I spy on the table looking for pale faces and sweaty burps, but surprisingly find no signs of the horrible scene playing out in my head.  I’m nearly certain I can taste a hint of Colombian E. Coli but Jenna assures me I’m being crazy.  The impending barf-o-rama scene from Stand By Me subsides and I realize that people are actually enjoying the ribs.  It’s a Christmas meat miracle!

And so the night rolled on.  Songs, dancing and a merriment of friends.  Josh’s heart grew three sizes and he learned that BBQ sauce is also a magical antibiotic. ‘Twas a joyous occasion for all and the best time of the year.  And although it’s been said, many times, many ways, Merry Christmas ya filthy animal 😉

It was tough being away from family and friends but we were happy to have landed amongst a great group of people.  Our Christmas in Cartagena was an experience we’ll never forget, and the beginning of our budding love for Colombia. 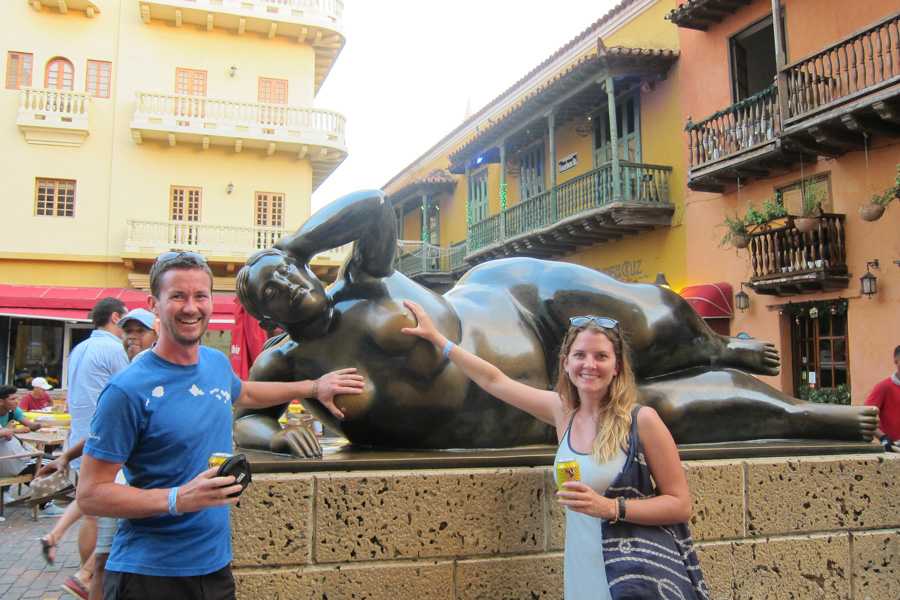 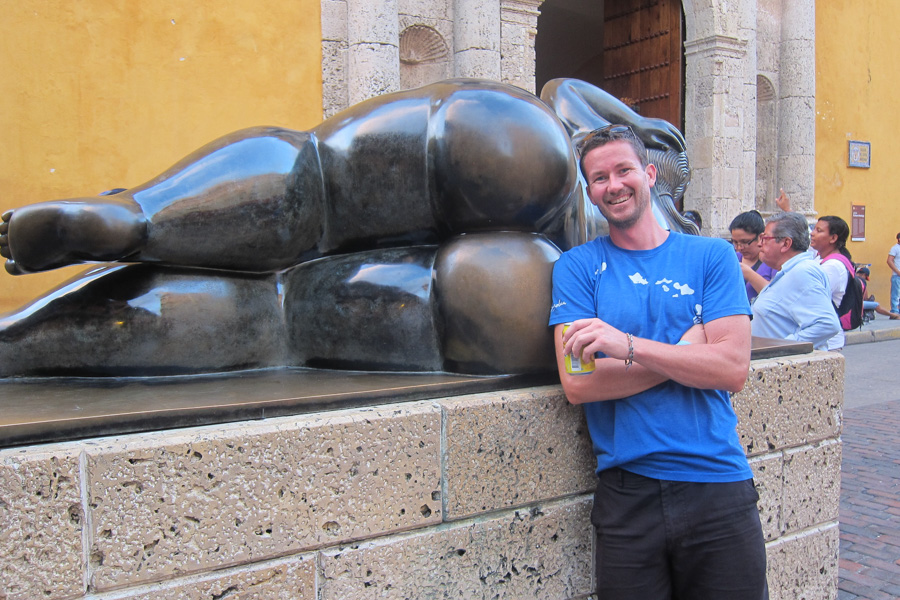 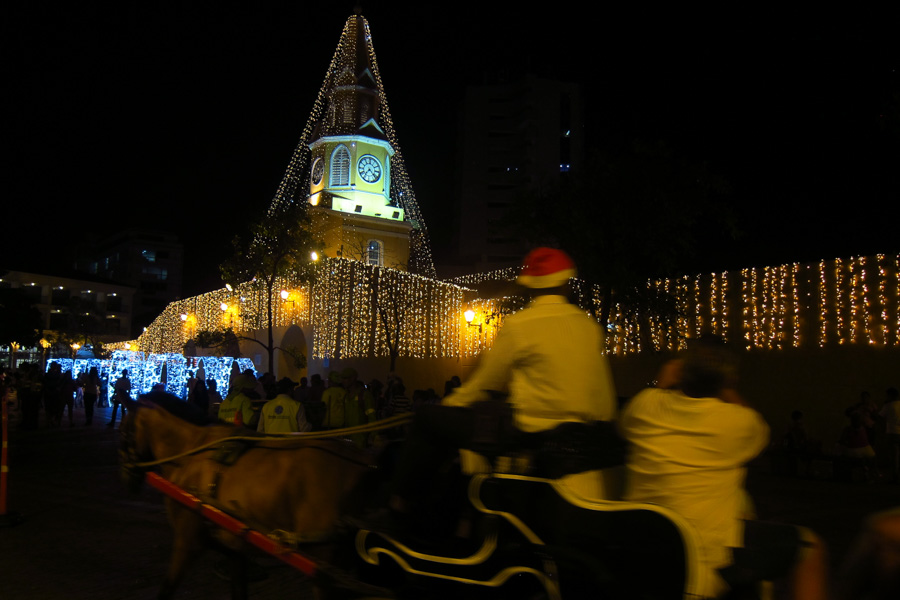 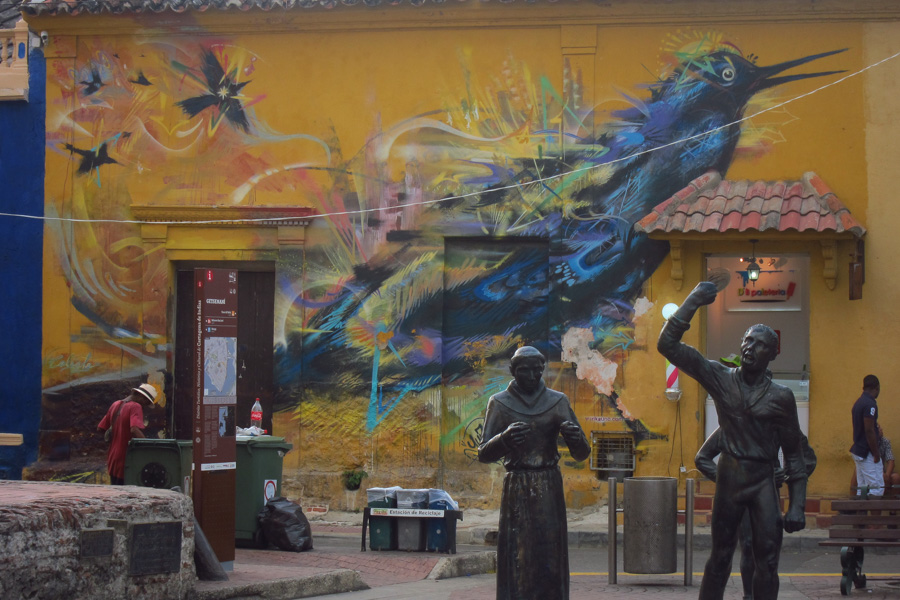 After a stressful night of risky meat and the ensuing celebration, our Australian friends asked if we could help re-enact a popular Feliz Navidad YouTube video they had found.

If you’ve seen the original skit, my job was to imitate the weird guy on the end who doesn’t do much.  If you don’t watch the original video, I just look like an idiot.  I recommend the latter.  Not even sure why we’re posting this so full disclosure – It’s 3 minutes of life you’ll never get back.  Somehow I look like a giant compared to everyone else.  Jenna has no rhythm.  We don’t know the words.  Apparently I have an odd obsession with knobs.  You’ve been warned 😉